Why Your Teen Needs Invisalign 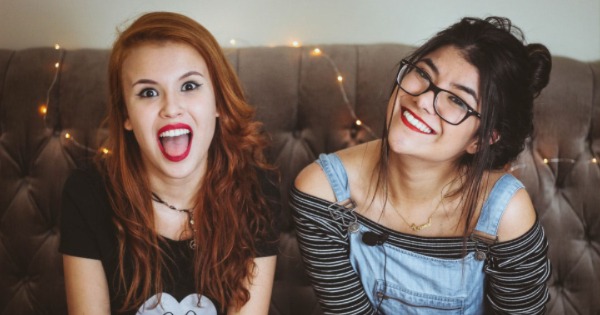 A straight smile — without braces? That just might be every teenager’s dream.

But it isn’t just a fantasy. Invisalign braces aren’t your average teeth-straightening system. Instead of being made from uncomfortable metal cemented to your teeth, Invisalign involves gentler, less-noticeable plastic aligners. They’re the braces Half Moon Bay residents are talking about, though they aren’t technically “braces” at all.

Perhaps the best thing about Invisalign for teens is that Invisalign is almost invisible. With many children being teased after getting braces from the orthodontist, this alone can be a significant weight off of a busy teen’s mind. In fact, five million people — including one million teenagers — have used Invisalign treatments to straighten their smiles.

Before you take your teen to the orthodontist for standard braces, consider giving Invisalign a chance. The following is everything you need to before your journey begins:

Invisalign is a transparent teeth aligner system that offers an almost undetectable way to straighten teeth. The system uses clear, removable plastic aligners that are custom-made based on 3D scans of your teen’s teeth. Unlike the wires, brackets, and bands of traditional braces, Invisalign moves teeth into place with simple plastic trays.

Just like braces, Invisalign trays put pressure on teeth to move them into the position where they need to be. Aligners are switched out and upgraded every two weeks to keep the teeth shifting over time. While there is some natural discomfort involved as teeth adjust to new aligners, there is generally less pain associated with the process than braces.

Cost of Invisalign Compared to Braces

Of course, there’s no hard-and-fast rule saying Invisalign will always cost the amount that braces would. They’re two very different systems with unique factors involved, and every patient is different as well.

Additionally, most insurance plans now cover Invisalign, making them even more accessible. To determine exactly what the cost will be for your child, speak with your orthodontist.

How Long to Wear Aligners Every Day

For an Invisalign treatment to be as effective as possible, the aligners should be worn for at least 22 hours of every 24-hour day. That allows for plenty of time to remove them for eating and cleaning. However, they do need to be worn as much as possible — any less than 22 hours per day and they won’t be as effective.

No Diet Restrictions for Invisalign Patients

Wearers of metal braces have to put up with several diet restrictions, and you won’t always be able to ensure your teen is following them. However, Invisalign trays are fully removed for meals ensuring that there are no dietary restrictions involved in the treatment plan.

It’s a fact of life that children tend to misplace things. If one of your teen’s aligners goes missing, simply let your orthodontist know and you can order a replacement. However, if your teen was almost ready to exchange their aligners for the next set, they may go on directly to wearing the next set instead of ordering a replacement.

Thankfully, there isn’t much that can go wrong with Invisalign treatments. The biggest challenge parents will face is making sure their teen wears the aligners when they’re supposed to. During the initial adjustment period it will be tempting for your teen to remove the aligners at every chance they get. They should be encouraged to resist this temptation, as the aligners will begin to feel normal after a little while of wearing them.

It’s important that your teen wear the aligners for at least 22 hours per day. It can be difficult to tell whether someone is wearing Invisalign aligners or not, but your orthodontist will be able to tell when they come in for their next set. For more information about Invisalign and your teenager’s health, rely on Alborizi Orthodontics today.